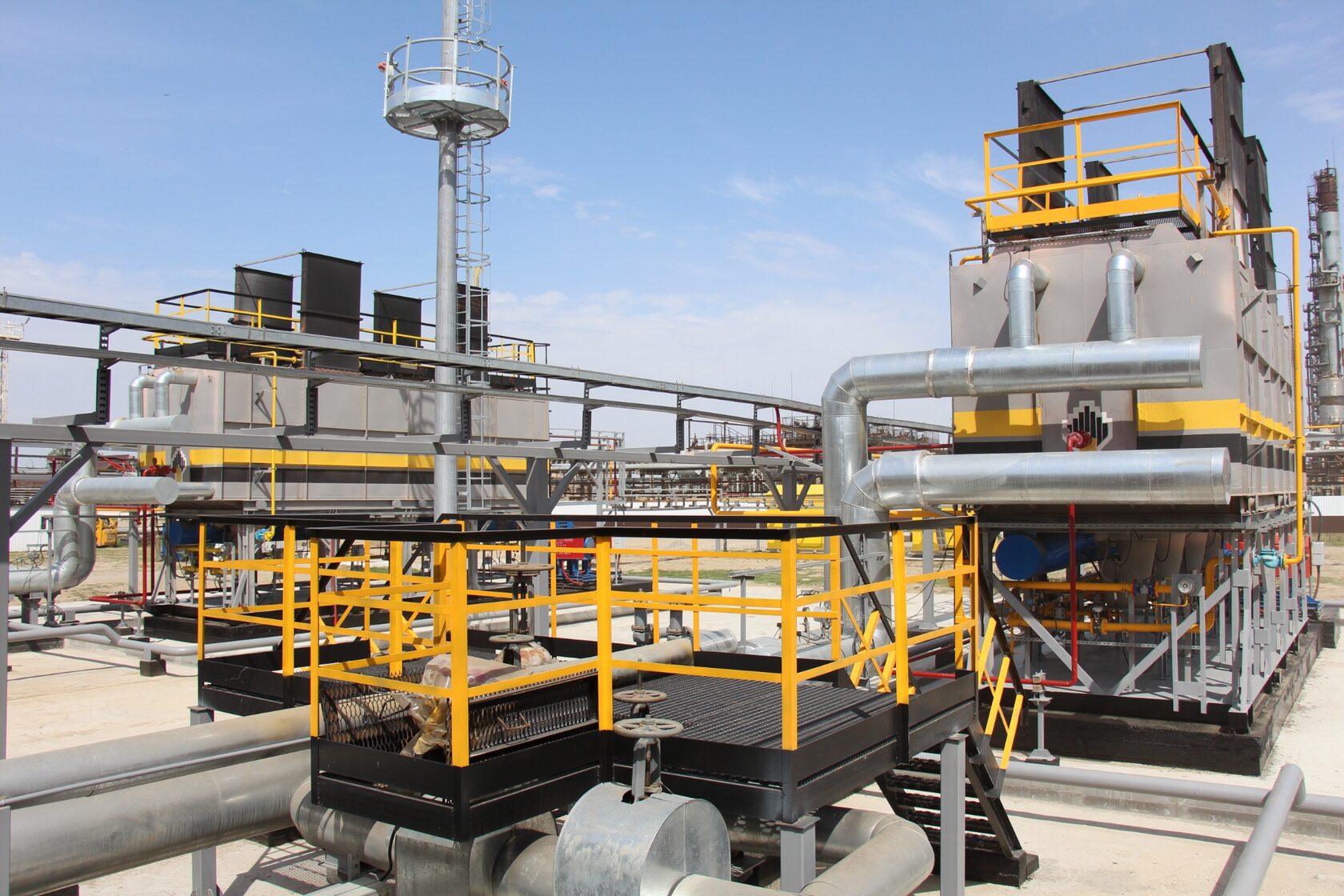 According to the Articles of Association the main activities of the Enterprise are oil and gas exploration, production, processing and transportation of liquid hydrocarbons and gas.

2
1
3
The Company History
1953
The Company was formed after the first ton of oil was explored from the Ozek-Suat well on the Zaterechnaya Plain on July 23, 1953.
1955
The history of Stavropolneftegaz has been tracing its origin from November 11, 1955, when in accordance with the USSR Ministry of Oil Industry Order together with the Order of Grozneft association, the Novogrozny Oilfield Headquarter was organized with location nearby Ozek-Suat well in the Achikulaksky district of the Grozny region.


On December 16, 1955, for the first time, oil from Zaterechnaya Plain went to Grozny Refinery Plant through 200-kilometer pipeline.
1956
In February 1956, Novogrozny drilling office was organized as part of Novogrozny Oilfield Headquarter.
1966
n 1966 the high-pressure compressor station No.1 was put into operation. For the first time in the country, experimental-industrial high-pressure gas processing started.
1973
In 1973 the seven-millionth milestone in oil production was reached: 7.06 million tons were obtained with the plan of 7 million tons.
1974
In 1974 the annual oil production with the plan of 7.120 thousand tons reached the maximum — 7.151,230 tons. In December 1974 the maximum average daily production was reached — 20.000 tons.
2005
On October 25, 2005 Rosneft Corporate Resolution crated RN Stavropolneftegaz LLC – a subsidiary Company which began its activities since November 9 of the same year.
2021
On June 07, 2021 RN Stavropolneftegaz LLC was transferred from Rosneft to CGC Holding LLC. The Company was renamed into Stavropolneftegaz LLC.
Stavropolneftegaz people have very reach experience in mineral resources extraction of the Prikumye region, which have no analogues in the country. Stavropol oil is extracted with special difficulty. Extraction is complicated with natural anomalies: wax precipitation, high temperature in the area of operation of submersible equipment, high content of mechanical impurities and salts in stratal waters. 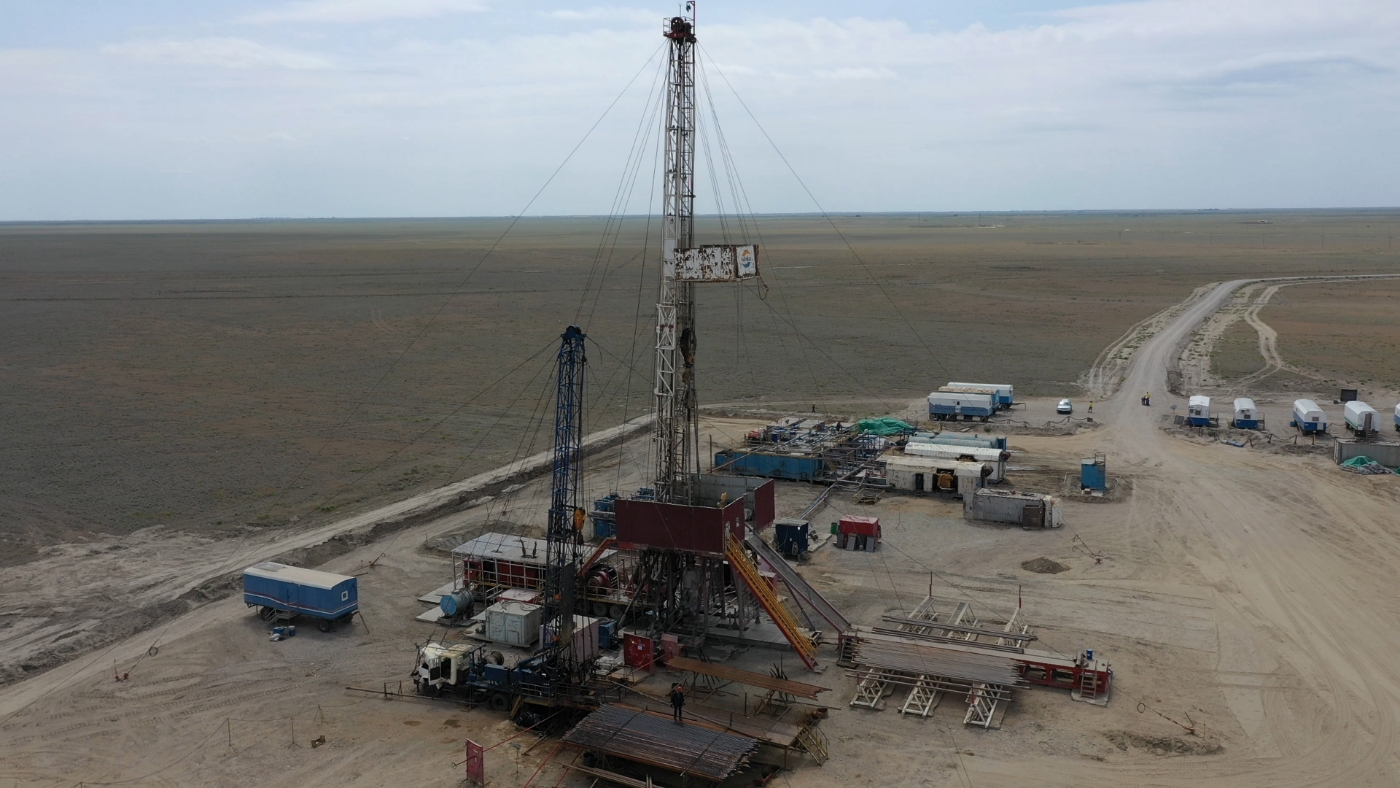 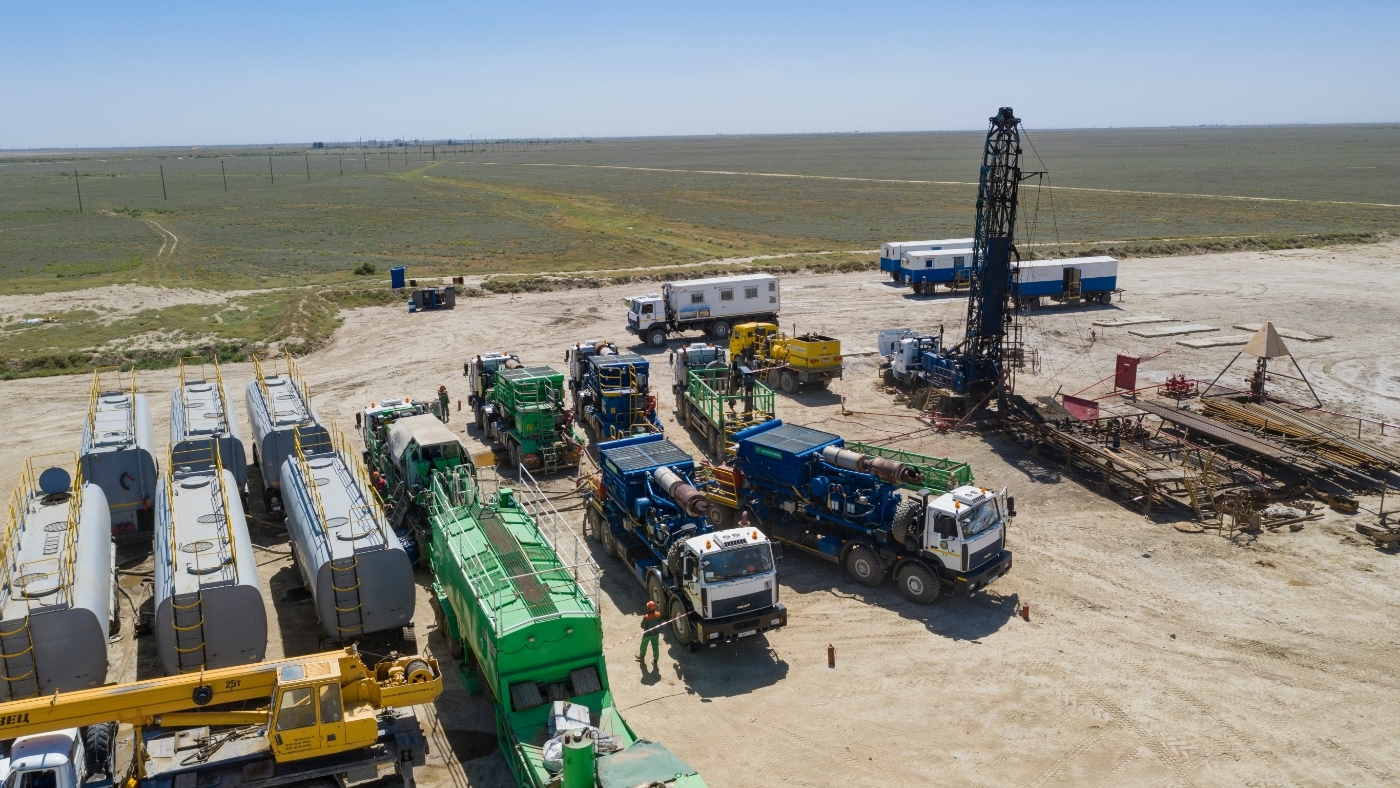 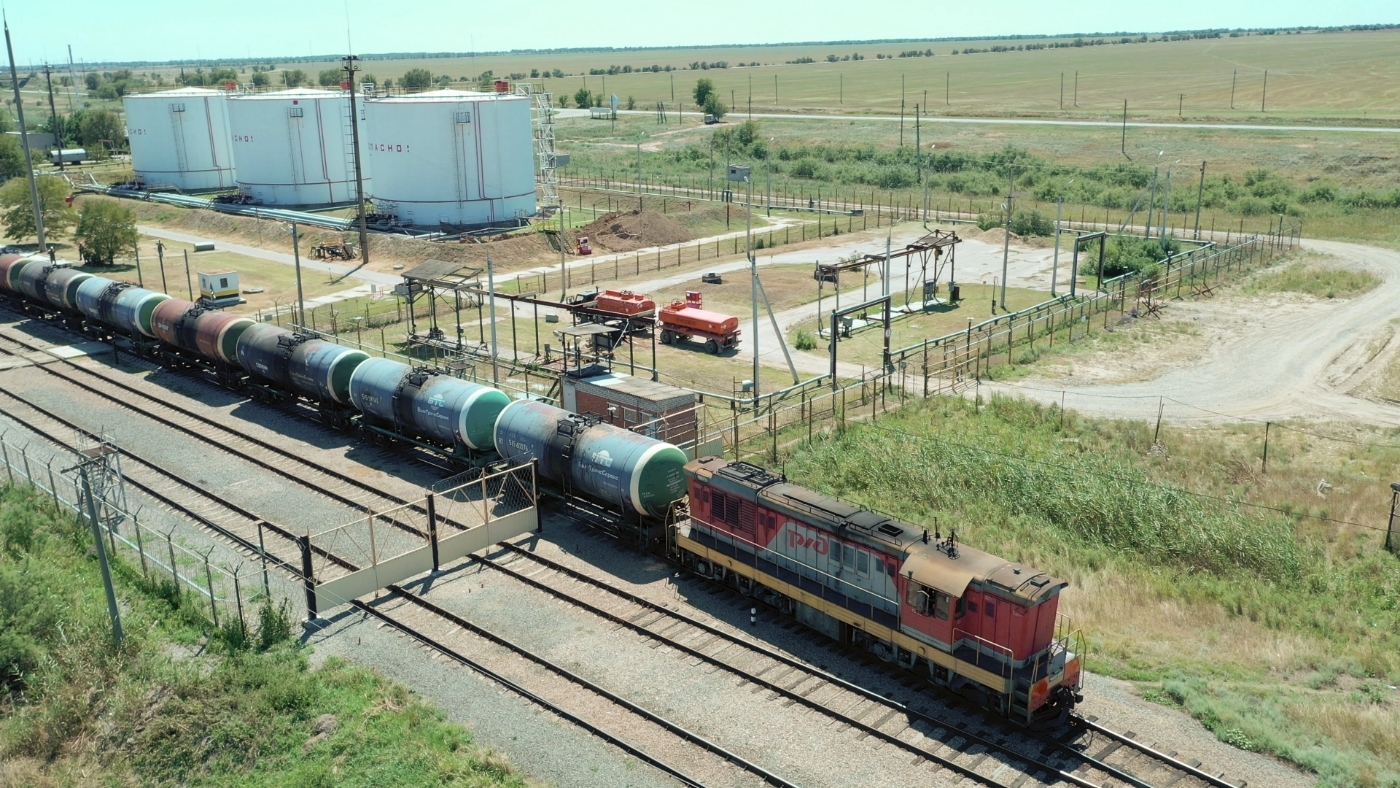 THE OZEK-SUAT OIL FIELD
Since the middle of the first decade of the XXI century, Stavropolneftegaz has been a pilot zone for modern technologies that allow increasing productivity of submersible equipment, reducing cost production and increasing reservoir recovery rates.

During the years of the Company's activity, about
172
million tons of oil and gas condensate
billion cubic meters of gas were extracted.
5
and about
CHKALOVSKAYA OIL LOADING STATION
STAVROPOL TERRITORY
HYDRAULIC FRACTURE
VELICHAEVSKO KOLODEZNOYE FIELD
33
licensed areas today.
41
oil and gas condensate fields are under development on
The Company's long-term development plans include operational and exploration drilling, operations with marginal and highly watered fund of oil wells, reduction of territories used and resource base building, as well as personnel reserve development.

Much attention is paid to the environmental component of the Company's activities. On permanent base water, air and soil monitoring is carried out to reduce negative impact.
Management
of the Company
07.09.1968
BOGOMOLOV
IGOR VASILIEVICH
Исполнительный директор ООО «СТАВРОПОЛЬНЕФТЕГАЗ» 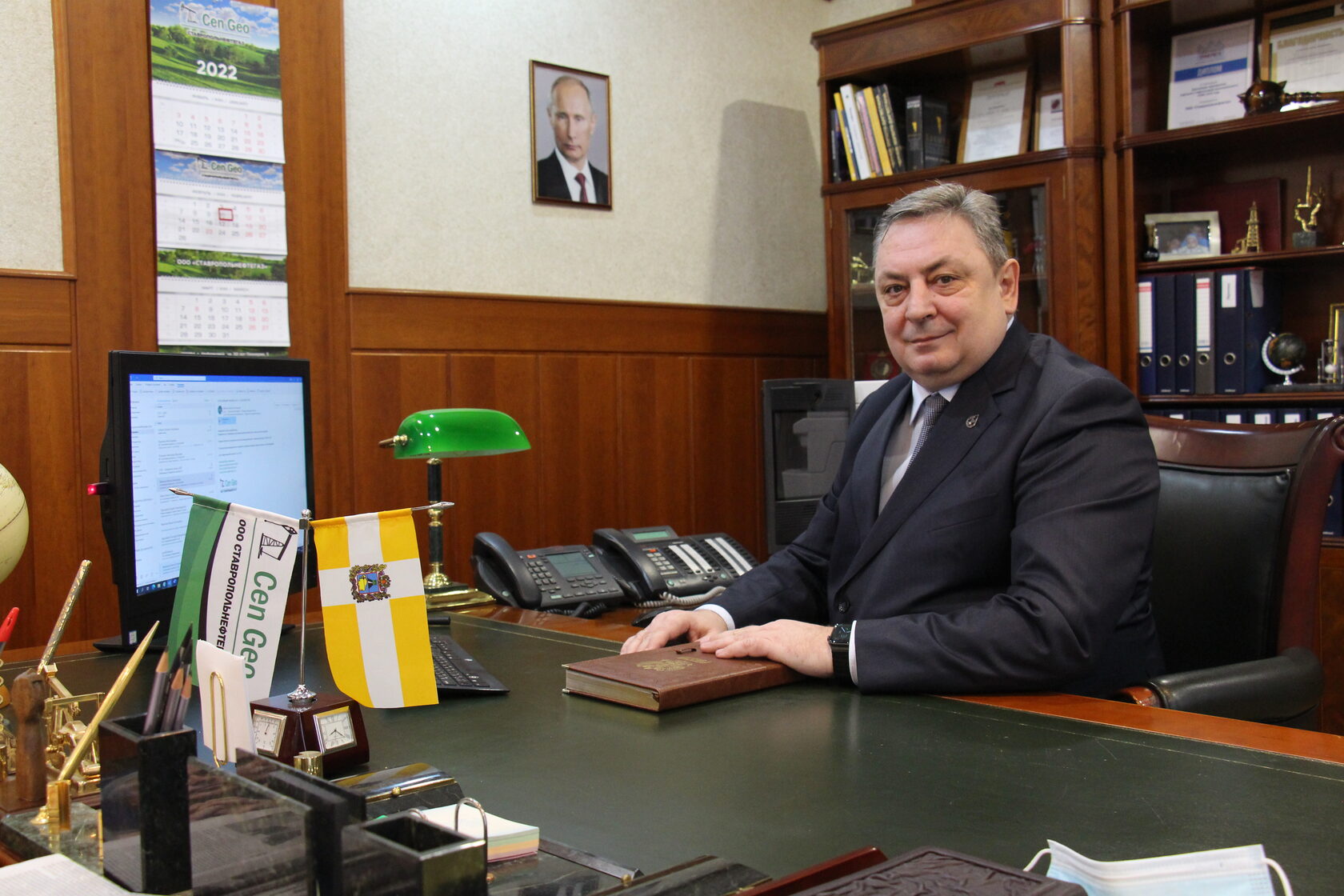 He has been working at STAVROPOLNEFTEGAZ LLC since 1992 to the present:

He has many industrial and regional awards. In 2019 he was awarded the medal “For Valorous Labour”.

He is a member of the Collegium of the Ministry of Energy, Industry and Communications of the Stavropol Region. 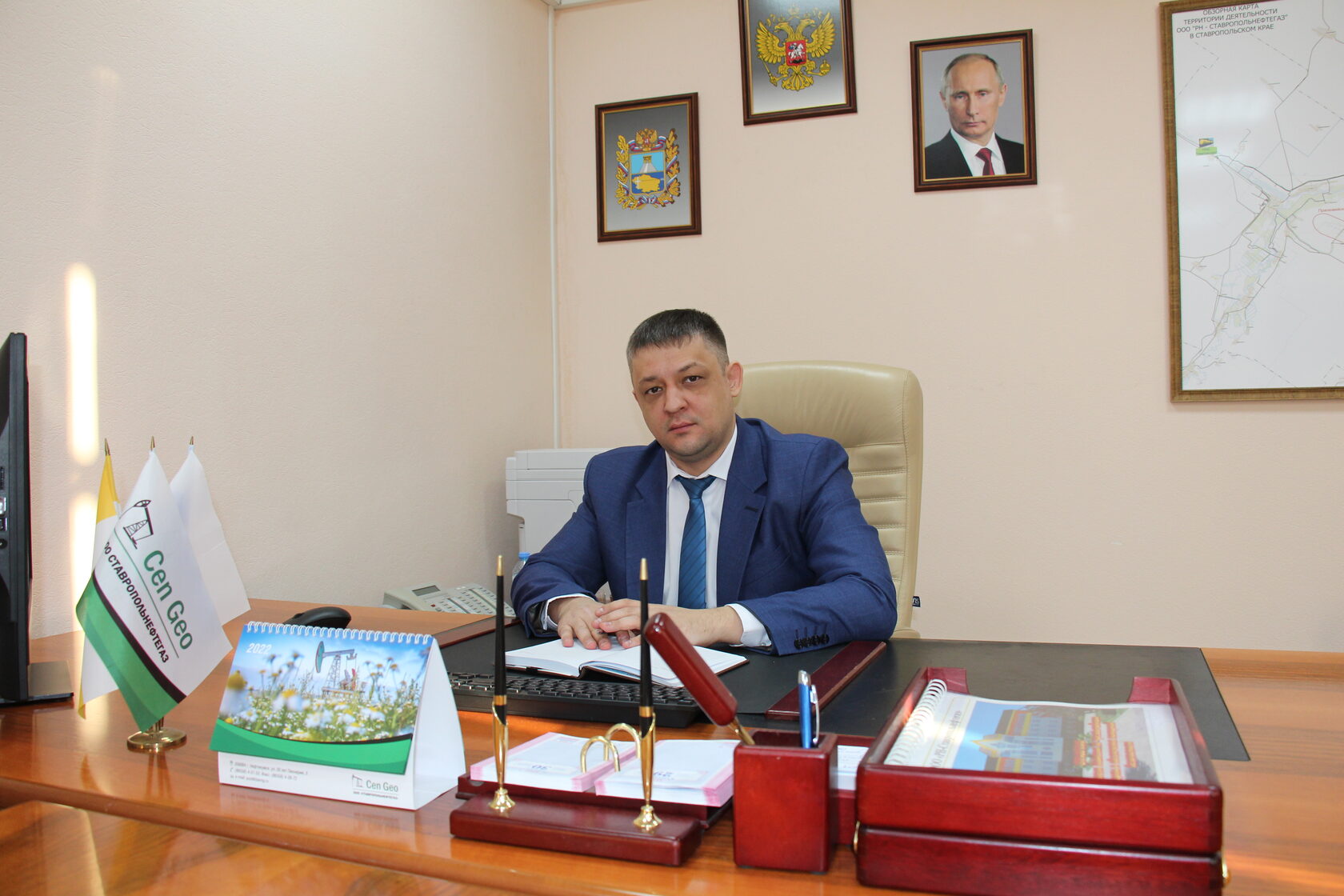